In January, BFGoodrich invited the media and what they call “key influencers” to the newly built NOLA Motorsports Park in New Orleans to test and evaluate the company’s new DOT extreme performance street/race tire, the g-Force Rival. With a background in motorsports, I could not wait to get behind the wheel to try these “race” tires. 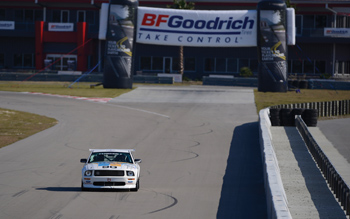 In January, BFGoodrich invited the media and what they call “key influencers” to the newly built NOLA Motorsports Park in New Orleans to test and evaluate the company’s new DOT extreme performance street/race tire, the g-Force Rival.

With a background in motorsports, I could not wait to get behind the wheel to try these “race” tires. The company pulled out all the stops for those in attendance with first-class amenities for our short stay, and everyone was thoroughly impressed with the NOLA facility. Not only was there a full 2.75-mile 16-turn road course (with a 5.5-mile course in the works), but also a world-class, multi-configuration kart-racing track adjacent to the skid pad and autocross courses. The facility is like ­Disneyland for a performance enthusiast. 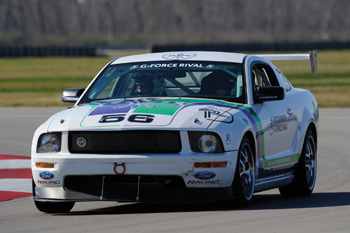 We ran through four different tests on different types of courses under close supervision from professional driver coach Terry Earwood (a former colleague) and his crew of instructors. The courses included an autocross in a Subaru STI, skid pad in a Mazda Miata, long autocross course in an E46 BMW M3 and, finally, a road course test in a FR500 Mustang.

It had been a few years since I was behind the wheel of a real racecar, so there were some butterflies when I heard we got to test the Mustangs on the road course. But, luckily for us, our group was scheduled to do that exercise last, which would give me enough time to shake off some rust and get up to speed. 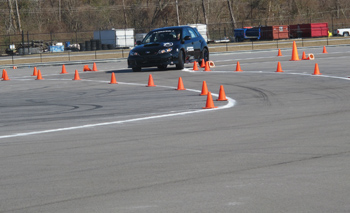 In the four exercises, we compared the g-Force Rival back to back against its closest competitors, and the differences were fairly obvious. Company officials claim that the Rivals give drivers a crisper feel and allow for the confidence of a race tire, but you can still drive it home from the track.

BFGoodrich says it’s targeting a growing market of drivers seeking extreme performance tires with its new Rivals. The tires have a 200 UTQG Rating (Uniform Tire Quality Grade) that allows them to be used in racing where drivers must compete on 140+ UTQG-rated tires. 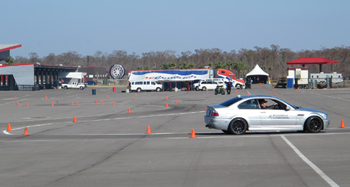 “The g-Force Rival helps BFGoodrich fill a growing need in the extreme performance market,” said ­Andrew Koury, BFGoodrich brand manager. “From ­autocross to road course events, on street or the track, we want drivers to own it.”

The tire features an asymmetric tread with large, solid tread blocks on the outside shoulder to optimize cornering grip and also brings the tread compound farther down the shoulder for ­increased grip in hard cornering and predictable feedback. 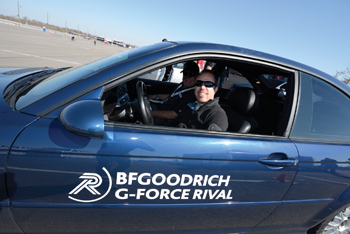 The g-Force Rival will initially launch with 15 sizes with rim dimensions from 15 to 20 in. and 205-335 section width. It will be available exclusively through TireRack.com with pre-orders ­beginning this month.

For more information, go to www.BFGoodrichTires.com.


UPDATE:
Watch as top SCCA drivers take BFGoodrich’s newest ultra high performance tire, the BFGoodrich g-Force Rival, through a series of autocross and road course exercises at NOLA Motorsports Park. Hear the drivers share their opinions on how the Rival shakes out next to competitors such as the Falken Azenis RT-615K, Toyo Proxes R1R and Hankook Ventus RS-3. Click HERE to watch the video. 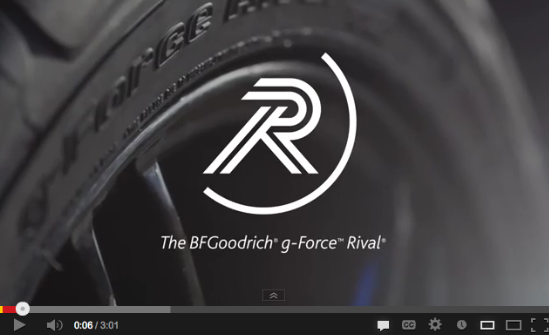 Advertisement
In this article:ImportCar, tires