I arrived at the shop and verified the no-crank condition. The dash lit up brightly, but no starter action was forthcoming. Beginning with the basics, I tested power supply at the ignition switch, behind the Car Access System (CAS). This is the module in which the key is inserted. Power and ground was intact; I tested at the starter and found actuation voltage unavailable for starting. 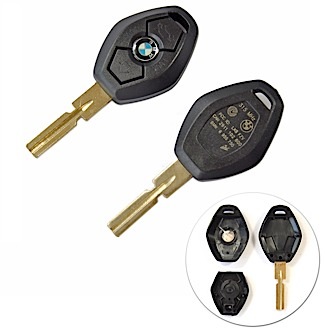 Advertisement
Click Here to Read More
Advertisement
As a mobile diagnostic tech, I spend my days with a song in my head. I love going to a different shop every day, interacting with the techs and shop owners, and solving issues that have everybody running in circles. It feels good to help a crew get past their “problem cars” so they can get on to the profitable work.
Occasionally a diagnostic challenge comes along that forces me to consider how intricately modern vehicles have evolved.
The other day a client shop called to tell me they had a “BMW paperweight” on their lot that would not crank. 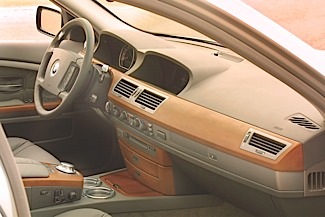 “It’s a 2003 745i; we’ve checked everything we can think of,” the shop owner cringed. “We’re about to replace the DME (engine control unit), but wanted to get a second opinion before we go there. We’ve already replaced the battery, the starter, main relay and ignition switch assembly. This beast is going kill us.”
I arrived at the shop and verified the no-crank condition. The dash lit up brightly, but no starter action was forthcoming. Beginning with the basics, I tested power supply at the ignition switch, behind the Car Access System (CAS). This is the module in which the key is inserted. Power and ground was intact; I tested at the starter and found actuation voltage unavailable for starting.
Next I connected a scan tool and interrogated the DME for faults. No faults were stored, and none were pending. My heart sank as I realized this would be no easy diagnosis. It was right about this time that the day’s song jolted into my head: “Don’t Bring Me Down” by Electric Light Orchestra.
The problem was definitely bringing me down. I asked the shop owner to get on the horn with the customer and ask if they had all the keys for the vehicle in their possession. The customer supplied the other key, but it lacked the magic to breathe life into the creature. This confirmed it was not a key failure. It also proved the owner had not been kidnapped (seriously; BMW’s engineers programmed this model to arrest start if a key is detected in the luggage compartment, figuring if a key is in there, the owner must be too!). Those Germans think of everything.
Since the DME gets its wake-up signal from the CAS, I monitored the DME PID for the signal from the CAS. As I suspected, there was no signal. This more than likely ruled out a failed DME, but it didn’t get me a whole lot closer to finding the actual culprit.
We had to find out why the CAS was not sending the signal, but without a factory scan tool, we had no way of communicating with it. Fortunately, there is an alternative to buying the expensive BMW hardware. With an approved J-2534 pass-through device and a subscription to BMW’s website (coupled with steady patience), we have the same diagnostic and reprogramming capabilities as a dealer.
I fired up the laptop and connected to BMW’s site, attempting to interrogate the CAS. And wouldn’t you know it, there was no communication possible.
This car just about had me on the floor. A communication issue? This didn’t seem to be getting any easier. Whatever was causing the communication problem was most likely our no-crank prankster.
Thinking I may have a software problem with the pass-through device, I attempted to communicate with modules on the PT-CAN (engine controller, transmission controller, etc.). I found they all interacted normally.
But when I tried to communicate with various body control modules, they, like the CAS, wouldn’t sing. It seemed there was an issue with the dual-body busses (K-CAN-S and K-CAN-P). That makes sense; the CAS is the “gateway” for the two K-busses and, if inoperable, both busses would fail to communicate. I was beginning to suspect a shorted CAS; the light at the end of the tunnel had me singing again.
I accessed the CAS and disconnected it, expecting to see revived bus signals. My hopes were soon dashed; the CAS was not guilty of shorting the busses to ground; it was a victim.
Now I would have to unplug all the K-CAN-S modules one by one until the busses came back to life (K-CAN-P modules were designed so any short circuit in one module would not pull down the entire bus). I began with some of the modules that are more easily accessible; the center console control module (BZM), the sunroof module (SHD), the driver’s seat module (SMFA), etc.
When I arrived at the integrated heating and air conditioning (IHKA) control unit, disconnecting it brought back communication on both K-busses; the car started immediately and ran like…the ultimate driving machine. 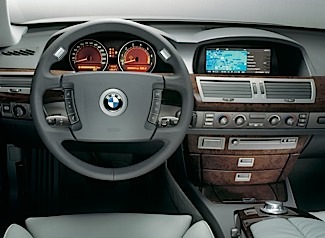 I reported to the shop owner that the IHKA module had short-circuited internally and was pulling the K-CAN networks to ground, requiring replacement. He sourced and installed an IHKA module; programming and coding of the new unit was carried out to complete the repair.
This case illustrates how complex and interdependent vehicle control systems have become. Utilizing the proper resources and factory repair information to determine how a given system functions is imperative if we want to stay ahead of the curve and keep these customers loyal. We should not be surprised anymore when the failure of a seemingly unrelated item, like an air conditioning controller, causes a no-start condition.
Sometimes the song in your head is just a meaningless ditty to pass time. In this case, I can’t help but think what the K-CAN might be singing to the IHKA module.
Advertisement
In this article:brake and front end, CAN, Diagnostics, Electrical, FLASH Reprogramming, ImportCar, underhood service

Bringing Down The Bus: Battling A BMW No-Crank