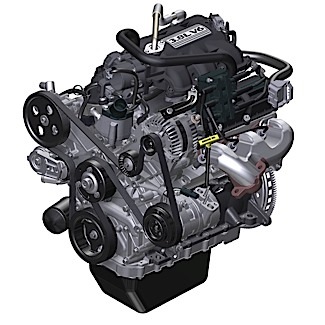 Given our recovering economy, it’s accurate to say that many vehicle owners must still balance auto repairs with their other financial needs.

Thanks to an unanticipated dentist visit or a hot water heater that just split its seams, it’s often impossible for vehicle owners to repair a bright-orange Check Engine light in a timely manner.

But once that light illuminates, the driver has no way of knowing how many maintenance-based and component-based failures will accumulate before he or she can afford to have a qualified technician investigate the problem.

Such was the case when I was recently called to diagnose a rough idle complaint on a 2003 Chrysler Town & Country van with about 170,000 miles on the odometer. The shop was inundated with summer business and unable to sort out what appeared to be a baffling set of symptoms.

According to owner, the 3.8L Town & Country had been driven for quite awhile with an illuminated Check Engine light and a rough idle condition. 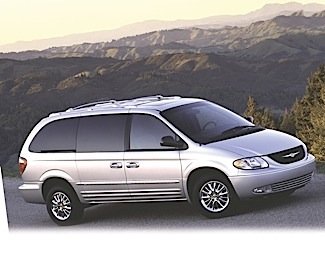 As the vehicle was driven, the idle condition worsened until the engine wouldn’t idle in gear unless the driver applied the throttle. Of course, the vehicle owner had assumed that the rough idle complaint was caused by only one component failure and would therefore be relatively simple to repair.

The shop’s owner/technician initially recovered some scattered misfire trouble codes including a P0302 and P0304.

When I examined the old spark plugs, it was apparent that the cylinder 4 spark plug was badly sooted while the remaining spark plugs displayed a light-tan color indicating a slightly rich air/fuel mixture.

As a point of interest, the spark plug gaps were pushing 0.090”, which is 150% of original specification. Because the cylinder 4 plug also showed some oil fouling, the technician tested compression on the engine’s front bank, with all three front cylinders reading normal.

Where To Begin
I nearly always begin any diagnosis using a scan tool to check all modules for DTCs and to check for irregularities in the data stream. In contrast to the shop’s original diagnosis, the only code I retrieved was a P0172, indicating that the engine was running rich on bank one. 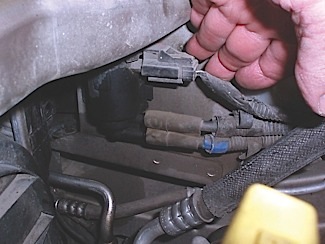 The P0172 was confirmed by the cylinder 4 spark plug being coated with soot and the others running a light-tan color. In most modern engines running at operating temperature, the spark plug insulators generally appear pure white.

At this point, I had the technician take the van out for a test drive to thoroughly warm up the engine and to help evaporate excess fuel from the recently changed engine oil.

Suspecting that the rich condition had something to do with the cylinder 4 fuel injector, I entered the Automated Testing Mode (ATM) to disable each fuel injector with the engine running.

Since this particular engine uses a speed density system with no MAF sensor and because the engine was running too rich for idle speed, I disconnected the brake vacuum booster hose to help lean out the air/fuel ­mixture. 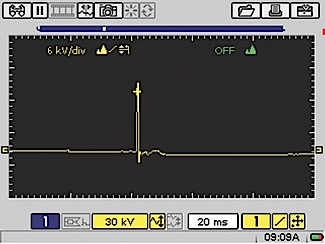 Oddly enough, the injector disable test didn’t have any effect on the engine’s idle speed until I cancelled the cylinder 4 fuel injector. At that point, the engine stalled. After duplicating the stalling condition several times, my conclusion was that the cylinder 4 injector was leaking fuel to its companion cylinders.

Still Another Problem
In any case, the engine still had a pronounced miss at idle. As soon as the engine speed was increased, the miss disappeared.

As mentioned above, the Chrysler had what presumably were the original spark plugs and wires. Because higher firing voltages are required to bridge excessively wide spark plug gaps, it’s not unusual to discover a damaged ignition coil or a perforation in a spark plug wire. 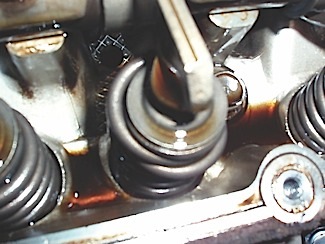 Although I think a tech can sometimes read too much into lab scope diagnostics, I thought I’d take a look at the secondary waveforms. As I suspected, even with new spark plugs, the spark plug wires displayed varying degrees of resistance. I also discovered that cylinder 3 wasn’t firing at all, which could cause the idle-speed miss.

The Next Day
The very next day, my client shop called to tell me that we still had the same miss condition at idle, even though all of the above parts had been replaced. I had suspected as much, but on the other hand, it’s nearly impossible to diagnose beyond some obviously failed components.

During retesting, I confirmed that we had re-established fuel control by replacing the cylinder 4 fuel injector. In this case, the short- and long-term fuel trims were well under 10%, which is considered a normal range of fuel control.

Previously, the long-term trims had hovered around 24%, which is high enough to set the P0172 trouble code. Next, I used my lab scope to confirm that the new spark plug wires and ignition coil had restored a normal secondary pattern to all cylinders, including cylinder three, which hadn’t been firing at all. 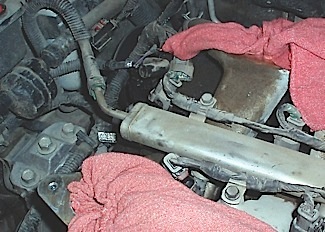 At this point, I would normally have analyzed intake manifold vacuum for irregularities with a pressure transducer and lab scope. Unfortunately, I didn’t have my pressure transducer with me, so we took the alternative route of re-testing cylinder compression on the front bank.

Immediately, we noticed that the spark plug from cylinder 4 was again coated with soot and, as before, all compression readings were normal for our altitude. So we removed the front valve cover only to discover that the top coil of the exhaust valve spring had broken on cylinder 4.

Lessons Learned
After solving any multiple failure driveability complaint, any diagnostic tech worth his salt will review his diagnostic strategy to see if he might have found a better way to the root cause of the problem. What confused the original diagnosis was cylinder 4 simultaneously suffering from a leaking fuel injector and a broken valve spring. While this combination of failures defies the odds, the fact of the matter is that it did happen.

As I’ve said many times in this column, a diagnostic tech has to approach all problems with an open mind. Making an assumption based solely upon prior experience (aka The “Blue Car” Syndrome) often leads to mistaken results. So I make it a rule to replace all known-bad parts before I proceed with a diagnosis.
To recap the complexities of this multiple-failure diagnosis, the high secondary voltages created by the badly eroded spark plug gaps were more than enough to ruin an ignition coil.

Because this 3.8L Chrysler engine is equipped with a single-line fuel delivery system, the rich condition couldn’t have been created by a vacuum-modulated fuel pressure regulator leaking fuel into the manifold. In addition, disconnecting the evaporative purge line eliminated the possibility that the purge valve itself was stuck open.

During my General Motors dealership days, small-block Chevrolet engines were known for breaking valve springs at the bottom coil. This would leave enough valve spring tension to seat the valve during a cranking compression test, but not at idle speeds.

Although the 3.8L Chrysler engine is also known to break valve springs, the coil breaks at the top due to the “beehive” design of the valve spring. This condition allows the valve to seat at cranking speeds, but not at idle speed. At higher engine speeds, the leakage past the valve seat evidently wasn’t enough to create an engine misfire.

But my diagnostic path told me the same story without testing for irregularities in the intake manifold vacuum. On the other hand, if we had replaced the valve spring first, the need to replace the bad fuel injector, spark plug wires and ignition coil would have remained.

On a broader plane, we’re beginning to see more misfire problems caused by inaccurate machining at the factory or by the intake valve seats collecting enough carbon to cause a misfire condition at idle. The odd part of this valve seating condition is that many engines will pass a cranking compression test and a cylinder leakage test.

My TSB research on the vehicle indicated that this model of Liberty was developing misfire conditions because of carbon accumulation on the intake valve seats. The manufacturer’s TSB recommended changing the valve spring keepers to an updated design that provides more valve rotation.

Would the new spark plugs cure the misfire or do we need to update the valve spring keepers? Only time will tell.

As you might suspect on engines equipped with direct fuel injection, the lack of fuel washing over the intake valve seat allows carbon from the EGR and the PCV systems to accumulate on intake valve seats. Some techs have remedied this problem with an intake service while other techs have had to remove the heads for a complete valve service.

In any case, the methods used to detect intermittent valve seat leakage will continue to evolve as diagnostic technicians become more aware of this issue.