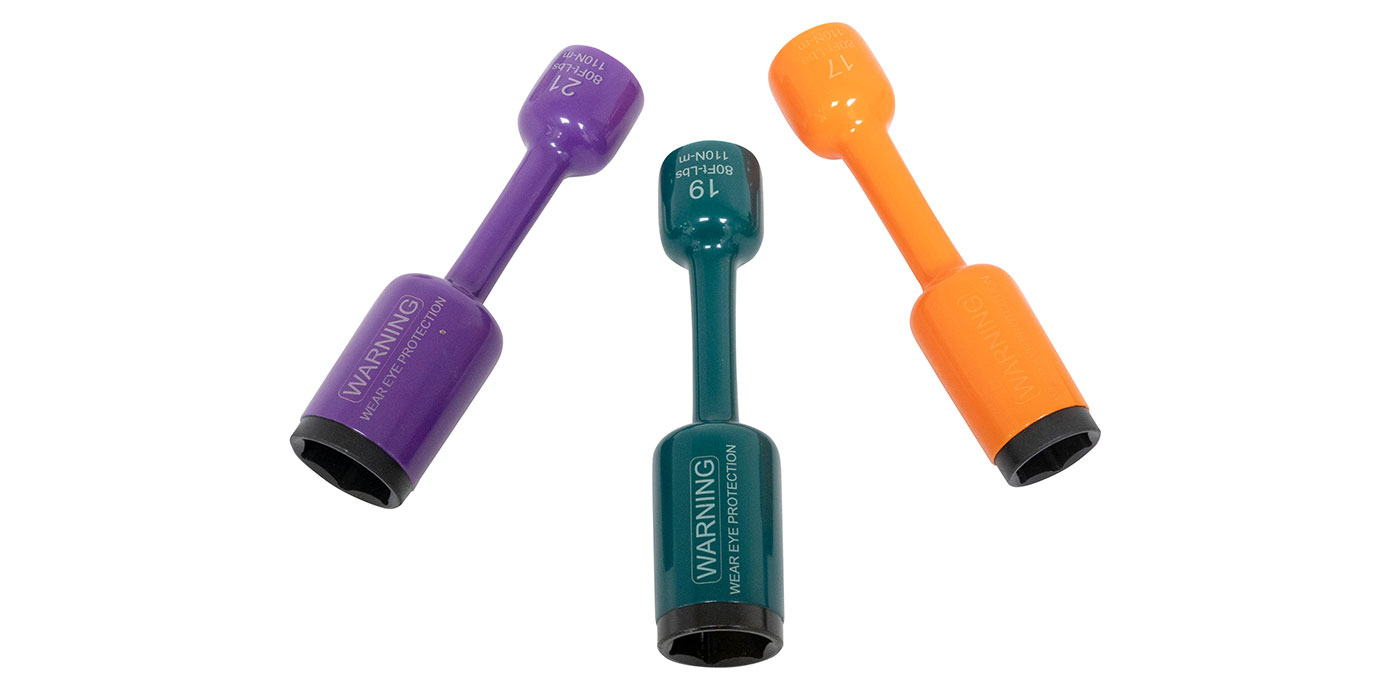 On The Tool Truck

Question: I’ve heard that using extensions with a torque wrench changes the torque. Is this true, and what are torque adapters for?

These are excellent questions and it brings up a number of topics related to torque. We can easily get lost down a black hole of mathematics and physics, but it’s really not necessary. As long as you understand the basic ideas and follow a few simple guidelines, you’ll be an expert on the subject of torque.

Do extensions change the torque?

The answer is no. The force put into an extension will equal the force exerted at the end.

If extensions do not change the torque, how do torque sticks work?

Torque sticks are made of metal that is designed to twist, similar to a torsion bar. They are designed to react to the force of the blows from an impact wrench, and at their specified torque rating, they will twist as opposed to transferring torque to the lug nut. In between each blow from an impact, they twist back to their original shape, just like a torsion bar or spring.

Because of their design, air pressure and impact settings are directly related to the ultimate output of a torque stick. They are designed only to save time and prevent over-torquing. The correct method of using one is to use one with a lower rating than your lug nuts and perform final torque with a torque wrench. When using them, immediately after the lug nut bottoms and initially tightens, release the trigger on your impact; the job of the torque stick is done. Perform final torque with a torque wrench.

The simple fact is that continued hammering with an impact, even with a torque stick, will over-torque the lugs (and shorten the life of the torque stick) and using a torque stick by hand is just like using an extension. They will not limit final torque used as a hand tool.

What is a torque adapter?

When you cannot access a fastener using a socket (or extension) on the end of your torque wrench, you can use a torque adapter. These can be anything from a crow’s foot to the most commonly known variant, a device that looks like a short wrench with a square drive on one end and a boxed-end wrench on the other.

Using an extension will not change torque and the angle of a torque adapter is critical, but there’s also a little more to remember when it comes to angle. The perfect example is using a universal joint. Can you torque with a universal joint? You sure can, but if it is anything less than perfectly straight, the final torque will be different than what you have set on your wrench. If you are using a wobble extension and are at an angle, the torque will be different. This is why flex-head torque wrenches are limited to the amount the head will flex, usually about 15 degrees.

The Final Piece of the Puzzle

The handle of a torque wrench is where we hold it when we use it because it is generally defined by a comfortable grip or some type of marking indicating the handle, not to mention the fact it is always on the end. What is often overlooked is the fact that the location of the handle is factored into the calibration of the torque wrench.

Just like a torque adapter will change the torque, if for any reason you use an extension device on the end of your torque wrench, or if you hold it closer to the head, the resulting torque will be different than what you have set. This is a fact with the majority of the torque wrenches we use in automotive service.

The reason behind this is due to the design of torque wrenches as well as the physics behind mechanical advantage and leverage. There are designs that prevent this, but we’re starting to get too close to that black hole for now. We’ll leave that story for another day.

If you have a question for TechShop’s Tool Truck Driver, send an email to [email protected]. Your question could be addressed in the next issue of TechShop.

Advertisement
In this article:extensions, On The Tool Truck, Torque, torque adapter, Torque Wrench

On The Tool Truck: Floor Jacks

On The Tool Truck: Drill Bits

On The Tool Truck: Get a Bigger Hammer

On The Tool Truck: Punches & Chisels

Files
Connect with us