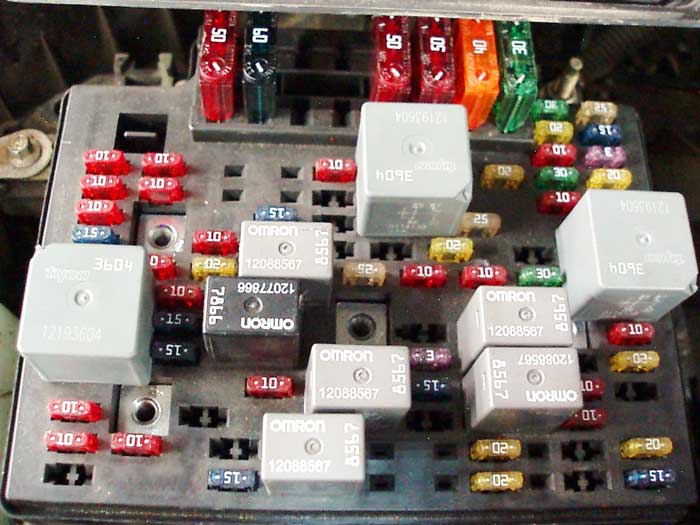 Gary Goms looks at a vehicle with 11 DTCs to find the root cause of the problem. This article discusses the art of deciphering codes and physical problems that may generate multiple codes and hide the real source of a problem.

“My dash lights up like a ­pinball machine, the ­engine loses power for a few seconds, and then seems to run OK.” Although I’d actually been chasing this Diagnostic Dilemma for the better part of a year, this four-wheel drive 2001 Blazer equipped with the 4.3L Vortec engine and manual transmission otherwise appeared to be in good overall condition.

Six months earlier at 140,000 miles, I had replaced the fuel pump to correct a marginal fuel pump pressure problem. Prior to this, I attributed his “pinball machine” instrument panel complaint to a momentary engine stall caused by a weak fuel pump. As with many General Motors products of this vintage, I’d also replaced the fuel pump connector and relay to ensure against future failures, and had also cleaned and inspected all power and ground connections to address an intermittent charging system problem indicated by the instrument panel voltmeter. Future needs included replacing a weak battery and a sticking coolant thermostat.

As time went on, the glaring instrument warning lights and momentary loss of power complaint became more frequent. Another code check revealed a laundry list of diagnostic trouble codes (DTCs). Of course, neither the thermostat nor the battery had been replaced, so I explained to my friend that, without the engine reaching specified operating temperature, and with the weak battery, I could not accurately diagnose the root cause of his complaint. In fact, he was thinking that the new fuel pump was defective. Since I had installed an original equipment (OE) fuel pump and had verified its amperage waveform afterward, I didn’t agree. And besides, how could a bad fuel pump create as many as 11 different DTCs? A few months and many occurrences later, my friend reluctantly agreed to let me diagnose his instrument cluster and momentary loss of power complaint. Sorting Through Multiple Codes On A Chevy