Engine oil has sometimes been compared to a cake mix. The base oil is like the flour and the additives are the spices. How much is used of each varies by the type of cake and its intended use. Birthday cakes don’t really work for weddings. Engine builders have also been compared to gourmet chefs, so naturally, you like your cake a little more than the average cake connoisseur. A good cake is hard to beat, but a bad one will leave you feeling empty, looking for a jug of milk to wash away the taste.

Engine oil has sometimes been compared to a cake mix. The base oil is like the flour and the additives are the spices. How much is used of each varies by the type of cake and its intended use. Birthday cakes don’t really work for weddings. Engine builders have also been compared to gourmet chefs, so naturally, you like your cake a little more than the average cake connoisseur. A good cake is hard to beat, but a bad one will leave you feeling empty, looking for a jug of milk to wash away the taste. 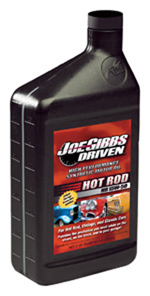 Like a good cake, good oil is more than one layer. For racing and performance applications, conventional oils just won’t cut it. There are many reasons to use a racing oil over a standard API-SM rated oil, but not all oils are the same, and depending on your application, an additive may be used along with API oils for added protection and performance.

It’s all in the spices
Your engine oil additive package is what makes up the performance of your oil. Many oil experts have said that it is better to have a good additive package than it is to have a good base oil. While it is true that synthetic base oils offer more shear protection than most of mineral-based oils, this can be a misnomer if the wrong oil is used for the application.

Some oil experts say that the main reason racing oils differ from conventional oils is because racing engines typically operate in extreme environments. “The racing environment puts engines under severe conditions, necessitating more frequent oil changes,” explains Les Frickshun’s Tom Harry. “In racing applications we use a higher anti-wear package and less acid neutralizers and detergents. Our street performance oils contain a full additive package to clean and neutralize with an added boost to the standard SM oils in the anti-wear department.  Also we use a higher base stock VI for shear protection.” 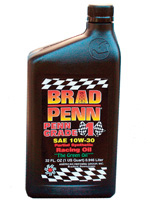 Green Earth Technologies’ William Marshall says that “because racing engines run at higher rpms, temperatures and pressures, an effective racing oil first needs to be able to withstand these conditions to protect the engine while reducing friction or drag on the internal components, which can lead to quicker response and higher horsepower. While performance oils on the street don’t reach the higher rpms and temps, they have other issues such as longer drain intervals and shorter trips. These can lead to increased engine deposits and sludge and have a higher need for the benefit of detergents and dispersants.” 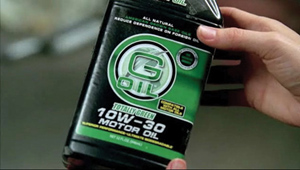 OEMs, government and oil companies generally agree to follow API standards and have certain drain intervals and additives to lower emissions and improve fuel economy. Although API oils may have many of the necessary ingredients a performance engine needs, a compromise must be reached in order to meet the regulations.

As explained, however, API standards are not a requirement for racing oils. Racing oil manufacturers develop oil for specific types of racing applications from circle track to drag racing and therefore may use different additives to meet their needs. Racing oil can be more specifically modified and anti-wear ingredients such as zinc and phosphorous may be used in higher concentration levels than an API oil.

Zinc and Phosphorous (ZDDP)
By now, we would have thought most engine builders had heard about the problems associated with lowered zinc and phosphorous in today’s motor oils. Removing these components often leads to cam and lifter failures, but apparently not everyone has heard the news. One expert said that he still sees problems where engine builders are wiping out cams because they are not aware that their motor oil has changed. Some engine builders – and you know who you are – continue to do the same thing they have always done and hoping for the same or better results. The problem with this philosophy is that in the world of racing and performance, you can be left in the dust pretty fast if you don’t pay attention to the details.

“You can put zinc in the oil but it won’t act as an anti-wear agent until you add the phosphorous,” says Lake Speed Jr., Joe Gibbs Driven Racing Oil. “When you have a limit on the amount of zinc-phosphorous you limit the anti-wear agents. The combination of zinc and phosphorous is limited to a maximum of 800 parts per million in API/SM classification.” 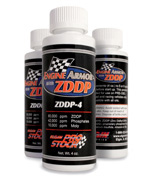 Zinc dialkyl-dithio-phosphate (ZDDP) is not a lubricant until heat and load are applied. Zinc must react with heat and load to create the sacrificial film that allows zinc to protect flat-tappet camshafts and other highly loaded engine parts. “Not all zinc additives react under the same level of heat and load. Some zinc additives require more heat and more load to activate than other zinc additives. As a result, not all ‘High Zinc’ oils have the same activation rate,” says Speed, who notes that their Break-In oil uses a proprietary “Fast Burn” ZDDP that activates quickly.

Some oil experts say that additive numbers are like engine dyno numbers – they open the door to the “bigger is better” philosophy. “The lowered anti-wear number is one of the things that led to the development of our ZINC Pro -Pack, which can boost an API-SM oil to the 2,700 ppm range,” says Les Frickshun’s Harry. “We like to use a 1,500 ppm baseline, which allows engine builders to treat two engines per quart, making it very competitive in the market.”

Zinc additives are not necessary if you are using a true racing oil, according to Royal Purple’s Burris, but would be if you opt to use an API/SM rated oil with a flat tappet cam or aggressive roller cam.

“Reducing the level of phosphorus containing ZDDP can compromise protection of engine components, most notably in flat tappet camshafts,” says Ed Newman, Amsoil. “Current API/SM and ILSAC GF-4 specifications for gasoline engines have maximum and minimum phosphorus levels of 800 ppm and 600 ppm, respectively, for SAE 0W-20, SAE 5W-20, SAE 0W-30, SAE 5W-30 and SAE 10W-30 motor oils. All other gasoline SAE grades do not have a mandated phosphorus limit. This means that high performance vehicle owners need to do their research to find oil formulations containing the level of protection required for their application.”

Cameron Evans of Red Line Oil says that the Internet forums have created a great deal of misinformation about antiwear packages like zinc and phosphorus. “A proper antiwear additive package is far more complex than those two elements,” says Evans. “Both Red Line motor oil and race oils go far beyond the API specs with a robust package. Red Line has always had this strong antiwear package and exceeds the API recommendations. Our products have what engine builders are looking for to protect hard, hot metal under load. For those having break-in issues, we sell our Engine Oil Break In Additive that’s compatible with conventional and synthetics. It can be used under regular conditions, too, to “hop up” the additive package of other oil brands. We specifically look at protecting the valvetrain under a range of conditions, with the creation of a package that protects at both low and high oil temperatures."

Dick Glady of Brad Penn explains his company processes 100 percent pure Pennsylvania Grade crude oil. “We process it so we get a very unique cut off our fractionation tower. We blend this cut into our racing oil and it has a tremendous affinity for metal surfaces. It goes after the metal surfaces and stays there. So, not only have we not cut our zinc levels, which are typically 1,500 ppm, and our phosphorous at 1,400 ppm, the whole story isn’t just the zinc, it’s the combination of that and the properties of our unique base oil.”

Tips for Cam Break In
Tim Miranda of Cam-Shield says engine builders should start with a cam/lifter assembly lube that contains moly (in the form of molybdenum disulfide) to coat all highly loaded surfaces (cam lobes, lifter faces, distributor gear, fuel pump lobe, push rod ends). Use enough moly paste to adequately coat the surfaces. Do not use excessive quantities as the function of the moly is to provide interim friction reduction to the surfaces until the ZDDP anti-wear chemistry in the engine oil can reach the surfaces and activate. Once this happens, the moly must vacate these surfaces to allow the ZDDP to control the microscopic wear mechanism associated with proper break-in.

• Use a conventional mineral oil for the break-in, not use a synthetic for break-in. Consider using a Heavy Duty SAE 30, or a SAE 10W-30 for ATV’s or motorcycles with API SG/SH performance. These oils will need a ZDDP supplement, not an oil with the current API SM or API SL performance rating for the break-in period as these oils may contain friction modifier (either organic moly or organic friction modifier) which will interfere with the ZDDP function during break-in. 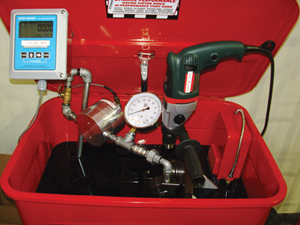 • Proper ZDDP level in the break-in oil is critical for controlling the break-in wear. Zinc (from ZDDP) concentration of 2,500 ppm (parts per million) will provide proper protection for the cam, lifters, and valve train during break-in. For full temperature range protection from cold start to hot operation, be sure to use a ZDDP product with both primary and secondary ZDDP.

• Be sure to set the ignition timing, check for fuel delivery and prime the oil system if possible before firing the engine.  It is best for the engine to fire immediately and to run without interruption in order to promote proper break-in.

• Once the engine fires, follow the recommendations from the cam manufacturer on engine rpm levels and running time for the break-in period.

• After the break-in period has been completed, change the oil and the filter.

• Following break-in, flat tappet cams and strongly loaded roller cams must use oils that contain the proper level of ZDDP anti-wear protection or cam/lifter/valve train damage may result. The ZDDP concentration needed is determined by the valve spring pressure and engine rpm levels.  For normal operation in a street driven flat tappet cam or performance roller cam engine, 1,600 ppm of Zinc will provide the proper level of protection. For high performance and racing engines, 2,000 ppm of Zinc is preferred.

• Following proper break-in, modern passenger car oils (conventional or synthetic) can now be used in your street performance application but will need the proper ZDDP concentration.

• Racing oils should only be used for the racing applications they were intended. Race oils lack the necessary additives for longer drain intervals and detergents to keep street performance engines clean.

Advertisement
In this article:engine, Lubrication