What started out in the 1990s as an affordable way for kids to bang around with cars that were often handed down from their parents or siblings, later grew into a fledgling market all its own.

trong>sport compact market. However, like most trends, the market could be changing again and may soon be called something else.

Last year, the Specialty Equipment Market Association (SEMA) changed the name of its Sport Compact Council to Street Performance Council (SPC) to better reflect the market and serve its members in what it says is an “extremely diverse street-performance industry.”

Are the signs pointing to the end of sport compact? It’s hard to say, but sport compact tuners probably won’t be as mainstream as they have been; many of today’s youth have moved onto other things besides cars, including computers and video games.

A recent survey showed that the people involved in this market are no longer teenagers or even early-20-somethings. Many have grown up and matured — research by SEMA indicates that the average age for those in the sport compact market is 27 years old. While the average age is still not that old to most of us, it’s a far cry from the teenagers who used to dominate the market in the beginning. 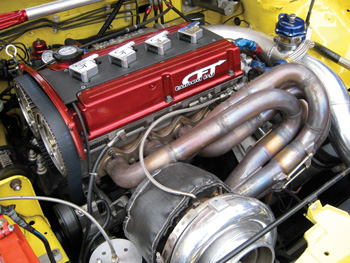 With the annual SEMA show less than two months away, it will be interesting to see what, if any changes to this select market will be on display. Underhood Service will continue to provide updates on the sport compact/street performance market, as well as other niches featured at the show in both print and via our website — underhoodservice.com.

However, underhood specialists who wish to be part of this maturing market will need to immerse themselves in the scene to appeal to this group of potential customers. This is not a market in which you can wait for them to come to you and hope to get business. You will have to go out and pursue this niche on the street and track.

One way to attract some of this business is to hire on a technician who is experienced in the sport compact or tuner market. These techs will have valuable insight and often performance parts sales training that can benefit your shop.
Also, check out national car shows and drag races dedicated to this market as well as local events and places where these customers hang out. The more you put yourself or your staff in front of them, the better chance you will have of landing their business. 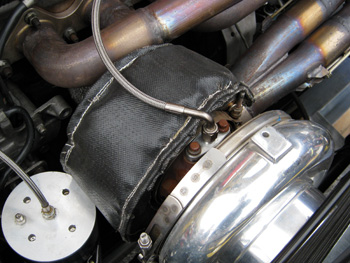 The Engines and Platforms
For those of you not familiar with this side of the performance industry, the following is a list of base engines and popular platforms used for modifying or, for some tuners, swapping.

As you can see, Honda has some of the most-built and swapped engines in the sport compact market. Honda is considered by many as the small block Chevy of this market, but the early VTECs (B18) are getting harder to find decent cores for and are therefore more expensive to build these days.

The B18C Honda engine was released in the JDM Acura Integra SiR in 1995 and continued in the JDM Integra Type-R through 2000. 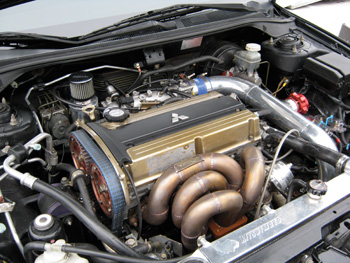 These B-series Honda DOHC engines are the most popular and well known of the Honda engines. The B18A, B18B and B20B platform is non-VTEC camshaft design. Introduced in Japan in 1986 in the Accord, the B18A appeared in the U.S. in 1990 as the B18A1, found in the Integra RS/LS/GS, and remained until 1994 when Honda/Acura released the B18B1 for the 1994-’95 Integra RS/LS (the Acura badge is only used in North America).

The Honda B20B found in the CR-V uses the same cylinder head and camshaft package but has the larger 84 mm bore size to increase overall displacement.

Honda’s H & K Engines
The H engine was Honda’s high-performance “big block” engine family from the 1990s and early 2000s. It is largely derived from the Honda F engine and shares many design features. The Honda K engine has
replaced it.

The primary vehicle platforms of the H engine series were the fourth- and fifth-generation Preludes, and the fifth- and sixth-generation Accords. It has also enjoyed some success as a racing engine, forming the basis of Honda’s Touring Car racing engines for many years, and being installed in lightweight cars (such as the CRX) for use in drag racing.

The engine was first seen in the Japanese Integra Type-R in 2001 and put out 220 hp at 8,000 rpm from the factory. The K20A also sees service in the JDM Civic Type-R, using the same compression and cam profiles.

The first U.S. production K series engine was the K20A2 found in the 2002-’04 RSX-S. Other engines featuring the same head configuration include the K24A2 (TSX) that features a 9.114” deck height, the K20Z1 in the 2005-’06 RSX-S that includes various JDM Type-R add-ons like cams, throttle bodies, higher compression and Honda’s answer to the tuning crowd, the K20Z3 found in the 2006-up Civic Si.

The only Honda engine designed to sit longitudinally for the rear-wheel-drive S2000 (named for its 1997 cc displacement), this is Honda’s answer to four-cylinder high performance, high engine rpm (8,900 rpm factory redline).

Similar to the K Series engine in terms of mechanical roller cam profiles and roller rocker followers, the S2000 engine is used in a variety of racing applications. The F20C engine is found in the 2000-’03 U.S. S2000 and the 2000-’05 JDM S2000, while the F22C is used to service the 2004-up U.S. car and has just replaced the F20C in the 2006 JDM S2000. Similar in terms of compression and cam specifications, the F22C features a longer stroke for added displacement and increased torque.

The VQ35DE, built in Japan and Decherd, TN, was on the Ward’s 10 Best Engines list from 2002 to 2006, the only engine to be on Ward’s list every year since its inception. The VQ35DE has an aluminum engine block and aluminum DOHC cylinder heads. It uses SFI fuel injection, has four valves per cylinder with VVT and features Nissan’s nylon intake manifold technology.

A modified version of the VQ35DE, called the S1, is produced by Nismo for the Fairlady Z S-Tune GT. It produces 285 hp at 7,200 rpm, a higher rev-limit than that of the original VQ35DE.

Subaru Performance
The Subaru WRX has become a popular choice for ­enthusiasts wherever it is sold for its high performance, great handling and relatively affordable price. Originally introduced in 1992 in Japan, then shortly afterwards in Australia, Europe and later the U.S., the WRX had a turbocharged flat-4 2.0L engine producing 210-220 hp. From 1997, the restyled WRX offered 225 hp.

Low-volume versions with even greater power and grip were built by Subaru’s performance division, Subaru Tecnica International (STi). STi versions of the Impreza, which produced 280 hp from the factory, are often raced in various rally classes with great success.

Introduced in 1994, the STi has proven to be a very popular high-performance machine in the Japanese domestic market. Introduced to the U.S. in 2004, the U.S. model STi features the larger displacement 2.5L (EJ257) that features Active Valve Control System (AVCS).

One thing to keep in mind is that the intake camshafts are setup for non-AVCS operation. Subaru experts say, if running AVCS, you must completely remove the four set screws located in the front of each intake cam (dowel pin side) using a 2.5 mm Allen wrench. This will allow oil to actuate the AVCS.These cams do not fit the 2008-up STi with dual AVCS.

The Mitsubishi/Chrysler Connection
The Mitsubishi Eclipse has been in production since 1989 and has been produced solely for the U.S. and Canadian market where it has also been built as the Eagle Talon and the Plymouth Laser through ­Mitsubishi’s close relationship with Chrysler known as Diamond Star Motors (DSM).

The second-generation engine (seven-bolt crank) was introduced in 1993, but was used in the 1st Gen platform through 1994.

The Evolution IX features the venerable 4G63 2.0L but with the new MIVEC technology (Mitsubishi Innovative Valve-timing-and-lift Electronic Control), which features variable valve timing on the intake cam. The U.S. Evo IX was available in three different models that had subtle differences.

The 4B11T is the first engine in the Lancer Evolution series that uses a die-cast aluminum cylinder block versus the cast-iron block used in the previous turbocharged 4G63 engine that powered all previous models. The engine weight has been cut by 26 lbs. compared to the 4G63, even with the addition of a timing chain instead of a belt and MIVEC continuous variable valve timing on both the intake and exhaust camshafts (the 4G63 had MIVEC valve timing and lift switching on the intake only).

A revised turbocharger offers up to 20% quicker response at lower engine speeds compared to previous 4G63. The 4B11T offers a broader torque curve, producing more torque than the 4G63 at all engine speeds, helped by the engine’s square bore and stroke design (both measure 86 mm).

Redline starts at 7,000 rpm, with a fuel cutout at 7,600 rpm to protect the engine. A semi-closed deck structure, an integrated ladder frame and four-bolt main bearing caps contribute to engine strength and durability.

Unlike the 4G63, the 4B11T does not use a balancer shaft. Aluminum is used for the timing chain case and cylinder head cover.

The engine features an electronically controlled throttle and an isometric short port aluminum intake manifold, and the stainless steel exhaust manifold is positioned at the rear of the engine. The use of a direct-acting valvetrain (buckets) eliminates the need of the roller rocker arm configuration previously used in the 4G63 and its valve stem seals are integrated with the spring seats.

Home Grown
Domestic manufacturers are also now players in the market with engines such as GM’s 2.4L and 2.0L Ecotecs,(see the article on the turbocharged version beginning on page 27), Chrysler’s 2.4L Turbocharged SRT-4 and the 2.0L Ford ZETEC engine.

The sport compact market may not be every underhood specialist’s cup of tea, but for some it has become part of the mix. If you already build performance engines, then sport compact will not be that much of a stretch. Today, even domestic performance applications use power adders that the sport compact builders have turned to for years. What remains the same is your expertise in choosing the right components, and doing quality modification work. 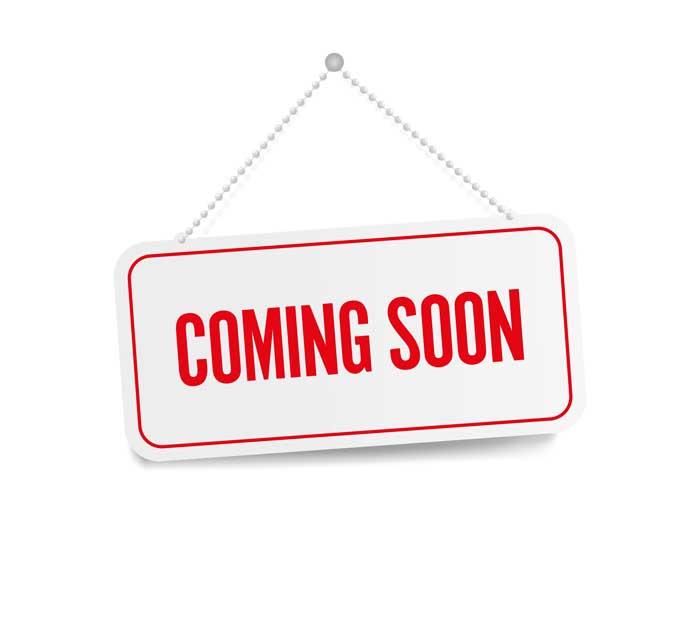 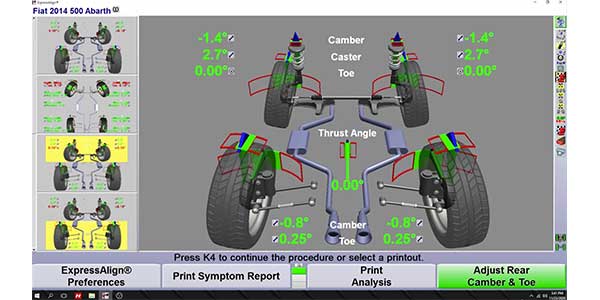