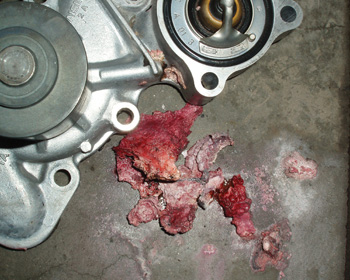 Since Pontiac introduced “rubber” timing belts with cogged teeth on its six-cylinder overhead camshaft engine during the late ’60s, anybody who’s made a living fixing cars has experienced the free-winding sound of a starter motor cranking an engine with a stripped timing belt.

Back in the day, timing belt replacements were recommended for most ­engines around 60,000 miles. That interval was recently increased to 100,000 or more miles by many manufacturers to meet various state emissions mandates and to reduce maintenance needs.

But, because I’ve been doing more mobile diagnostics lately, I’m beginning to see more driveability problems caused by faulty valve timing. With those thoughts in mind, let’s take a look at how valve timing affects engine performance in this “Diagnostic Dilemma.” 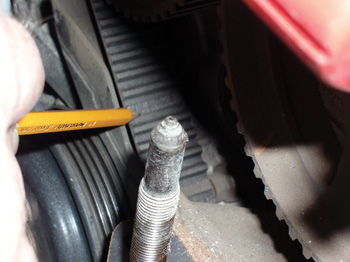 Intake Valve Timing
To understand how valve timing works in modern engines, let’s ­visualize a column of air moving through an intake port on a naturally aspirated engine. When the intake valve opens, a low pressure develops at the valve head that extends the column of air like an accordion through the length of the intake port.

In general, there’s no significant air flow through a valve until it lifts about 0.050” off the valve seat. While effective lift might be less on a standard passenger car engine, the concept of effective lift generally dictates that the intake valve begins opening before TDC. 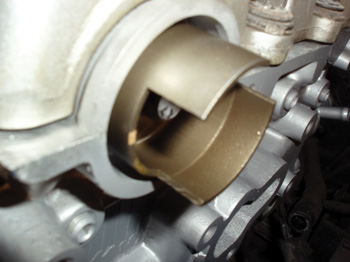 As we shall see later, variable camshaft timing systems on modern engines utilize these effects in combination with tuned intake manifolds to vastly improve the throttle response and performance of relatively small displacement engines.

Exhaust Valve Timing
Let’s look at exhaust valve timing as the piston travels from power to exhaust strokes. During the power stroke, most of the effective cylinder pressure dissipates as the piston approaches 45° after TDC and is nearly gone by the time the piston reaches 90° after TDC. For this reason, and because the valve needs to achieve  effective lift, the exhaust valve begins relieving cylinder pressure by opening before BDC. 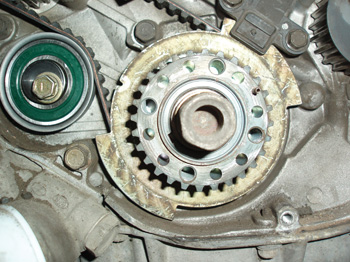 In summary, engineers improve air flow through naturally aspirated engines by manipulating valve opening, closing and overlap timing. The opening and closing times of the intake valves are critical to low- and high-speed performance. And last, the closing time of the exhaust valve is critical to initiating air flow into the cylinder when the piston is in the overlap position.