The Heat Is On...Helping Your Customers and Their Vehicles Keep Their "Cool"

What brings customers in for cooling system repairs? Usually, it’s a cooling system problem. No vehicle will go very far if its cooling system isn’t working. Sooner or later, the engine will overheat – possibly with dire results. Severe overheating can damage the cylinder head, head gasket, pistons, cylinders and/or valve guides. Many motorists don’t realize how serious overheating can be, and few know even about what might be causing their cooling problems.

Cooling problems can be lumped into two categories: coolant leaks and overheating. The first will ultimately lead to the second. But until the loss of coolant is large enough to cause the engine to run hot, a few drops of coolant on the driveway may not seem like a big deal. Nothing could be further from the truth.

Most passenger cars today have relatively small cooling systems. Radiators have been downsized and made more efficient to save weight and improve fuel economy. Consequently, most cooling systems have little margin for error if the coolant level gets low either because of neglect or leaks.

The coolant level should be checked periodically at the coolant reservoir, and additional antifreeze and water (or pre-mix) added as needed to maintain the system at the proper level. Over time, all cooling systems will need a little make-up coolant. But if nobody checks the level and it gets low, trouble will soon follow.

On some vehicles, a low coolant level may even affect the chemistry of the coolant itself. Complaints of the coolant turning to a mud-like consistency and gumming up the radiator have been blamed on air trapped in underfilled or neglected cooling systems.

DETECTING LEAKS
Leaks can occur in a variety of locations throughout the cooling system. Two of the most common leak points are the water pump shaft seal and hoses.

As the miles add up, so does wear on the water pump shaft seal. Many pumps have a hard ceramic seal that is very durable. But the seal can be damaged by any debris that circulates with the coolant. If the vehicle owner neglects the cooling system and never changes the antifreeze, the corrosion-inhibiting chemicals that protect the cooling system from rust and corrosion will eventually wear out. Once this protection is gone, anything can happen – and it usually isn’t pretty.

The first sign of trouble is typically coolant dripping from the vent hole by the water pump shaft. As the leak gets worse, there may be telltale streaks or discoloration down the front of the engine left by coolant as it trickles toward the ground. A small puddle of antifreeze in your customers’ driveway after a vehicle has been parked overnight would also be a clue that the water pump has reached the end of the road and needs to be replaced.

It’s not a good idea for your customers to put off replacing a leaky water pump because there’s no way to know when the leak may suddenly get worse. There is also a risk of shaft bearing failure, which may cause the pump to seize or the shaft to break. There is a lot of torque driving the pump, so if the bearing seizes, something has to give. It may snap or fry the drive belt or, in a worst-case scenario, the shaft may fail, thrust forward and shove the fan into the radiator causing additional damage.

If there is any visible wobble in the water pump shaft or pulley (which can be checked with the engine off by wiggling the fan or pulley), the water pump needs to be replaced. It’s the same story if the pump is making noise.

Hose leaks are usually sudden, and sometimes rather dramatic. Usually a pinhole develops that sprays coolant into the engine compartment. Sometimes, a hose will burst or split, releasing a gush of coolant that makes a spectacular huge steam cloud when it hits a hot exhaust manifold. The vehicle’s driver is usually aware of the problem almost instantly. The combination of steam billowing out from under the hood and the smell of hot antifreeze cooking on the engine are hard to miss.

The only cure for a leaky hose is to replace it with a new one. Hoses don’t last forever and tend to get hard and brittle as they age. Hoses can also be attacked from the inside by electrolysis. Some hose manufacturers still recommend replacing hoses after four or five years of service to reduce the risk of hose failure. The same goes for belts.

Radiator and heater core leaks can be much more expensive to fix than a leaky hose. These leaks are often caused by internal corrosion due to coolant neglect or, in some cases, electrolysis from electrical currents using the coolant as a ground circuit (check for loose, broken, corroded or missing ground straps between the engine and body). Radiators can also develop fatigue cracks from vibration (typically where the end tanks mate with the core, or where the hoses are connected). Repeated heater core failure in some vehicles is almost always due to electrolysis from poor grounding. Leaks can also occur at the expansion plugs in the cylinder block and heads. The plugs are steel and typically corrode from the inside out. Again, the underlying cause is usually cooling system neglect.

Gaskets can leak, too. Intake manifold gaskets can develop coolant leaks where they mate with the cylinder head. The most expensive gasket leak to fix is a head gasket leak. Some estimates amount to $1,000 or more to replace a leaky head gasket at today’s labor rates! If a bad head gasket allows coolant to leak into the cylinder or crankcase, it can cause serious problems. Coolant in a cylinder will increase piston ring and cylinder wear. This type of leak may partially or completely fill the cylinder with coolant when the engine sits overnight. When the motorist attempts to start the vehicle the next morning, the engine may not turn over because it is “hydro-locked.”

Coolant leaking into a combustion chamber past a bad head gasket, or through a hairline crack in the head, can cause additional trouble. Silicon corrosion inhibitors in conventional antifreeze (but not OAT-based Dex-Cool) may contaminate the oxygen sensor and catalytic converter if coolant enters the exhaust. Coolant can also foul spark plugs causing a misfire to develop.

Coolant that gets into the crankcase will dilute the oil and reduce the oil’s ability to lubricate the engine. This may lead to sludging of the oil and bearing damage.

The classic symptom of a leaky head gasket or a cracked cylinder head is a mysterious loss of coolant with no visible leaks anywhere in the cooling system. Pressure testing the cooling system (and radiator cap) will reveal whether or not the system can hold pressure. If the gauge drops, it means there is an internal leak and major repairs will probably be necessary.

CAUSES OF OVERHEATING
The cooling system needs a full load of coolant to manage heat, so any leak that allows coolant to escape will reduce the system’s ability to cool the engine.

A stuck thermostat is another common cause of overheating. The thermostat (usually located on top of the engine in a housing that connects to the upper radiator hose), is a temperature-sensitive control valve that speeds engine warm up and regulates the engine’s operating temperature. The thermostat remains shut and blocks the flow of coolant back to the radiator until the coolant reaches a certain temperature (typically 195 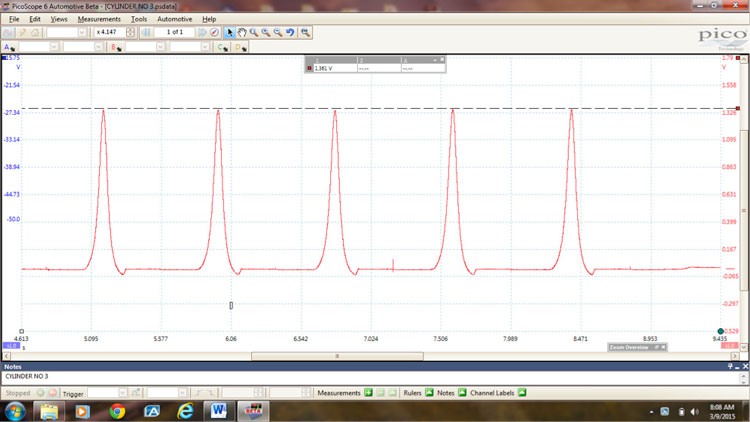 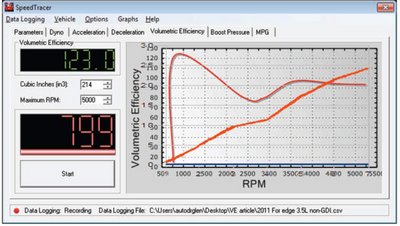 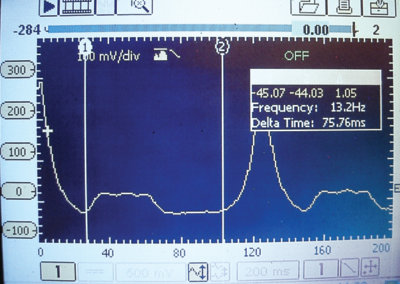 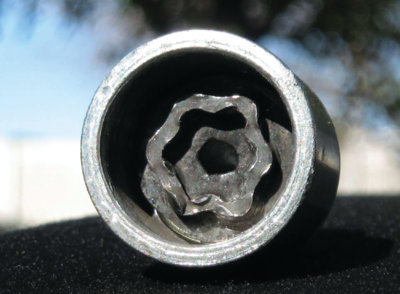 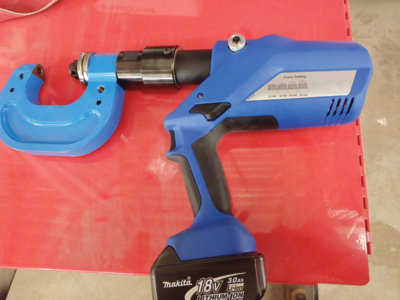 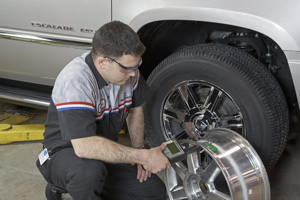 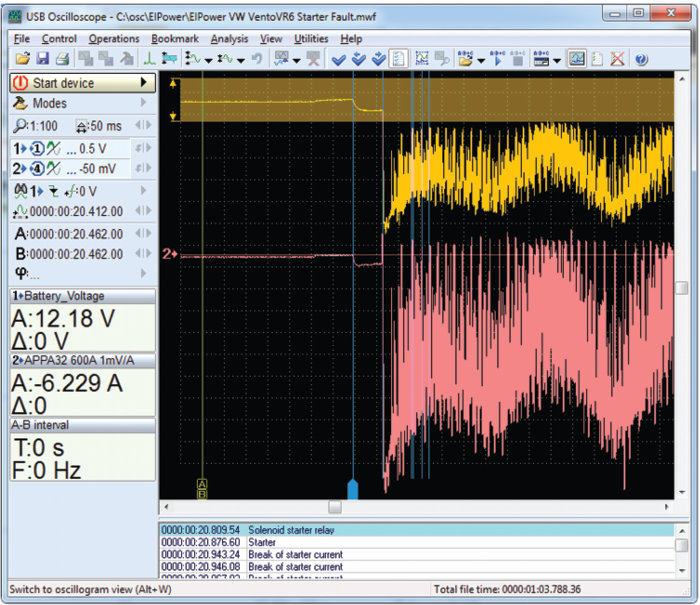 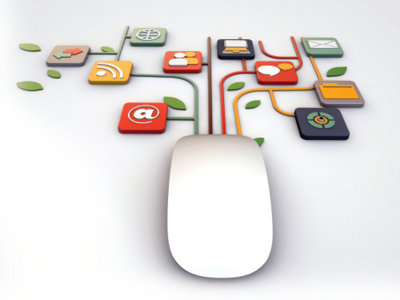 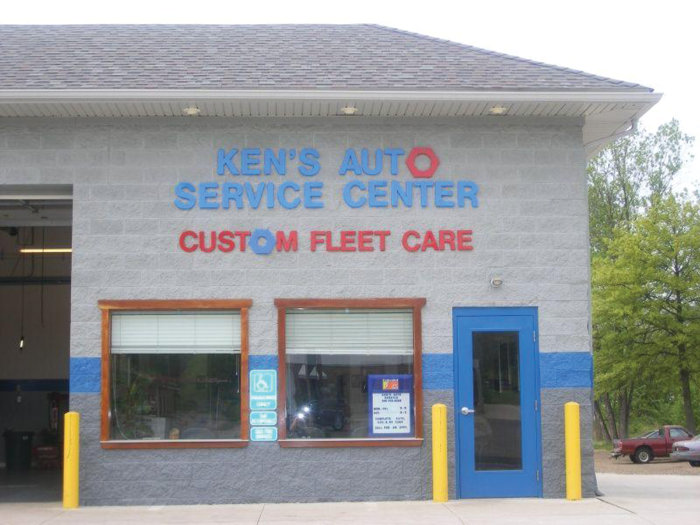