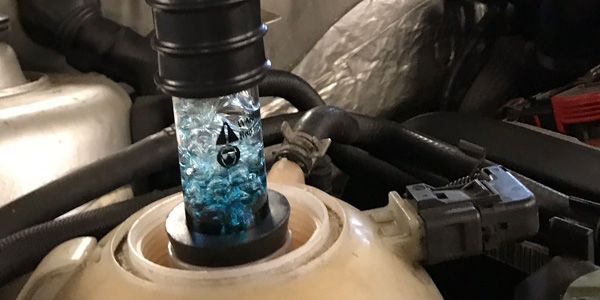 Fresh into the industry many years ago, I picked up a work order for a VW Rabbit Diesel with an intermittent overheating problem. The customer stated that the coolant temperature gauge was reading high, but only on the freeway. I felt like I had a pretty good handle on cooling systems and was more than happy to tackle the job.

Fresh into the industry many years ago, I picked up a work order for a VW Rabbit Diesel with an intermittent overheating problem. The customer stated that the coolant temperature gauge was reading high, but only on the freeway. I felt like I had a pretty good handle on cooling systems and was more than happy to tackle the job.

The car started and ran fine and wasn’t low on coolant. I drove around the neighborhood for a while and the temperature gauge stayed right where it should near the three-quarter mark, but sure enough as soon as I got on the freeway, the gauge quickly crept up to the red zone.

There was no unusual smoke from the exhaust and there were no discernable contaminants in the coolant. I pressure tested the system for leaks, checked coolant flow and thermostat operation, and made sure the air bleed hose was not plugged. When I didn’t find a problem, I moved on to checking the electric fan and thermoswitch operation. Still nothing. Everything worked fine.

Maybe it’s a problem with the gauge. I sure couldn’t have explained why, but I didn’t know where else to look, so it was on to the service manual and I checked the gauge and sending unit resistance and operation and they were both OK.

It was clearly time for rookie mistakes and the random parts-toss. I don’t remember how many parts got thrown, but I no doubt had a few carefully concocted theories and I’m certain that a new thermostat and thermoswitch were somewhere in the mix.

When the symptom absolutely refused to go away, a more experienced tech suggested that a bad head gasket could be causing the problem, even though there were no outward obvious indications of it. I was willing to go with it, and sure enough, a new head gasket was the cure.

The moral of the story is that I didn’t use the proper tools to diagnose the problem. I had never heard of a block tester, there wasn’t one at the shop where I worked and none of the other techs ever mentioned one. I actually never learned about the existence of such a tool until years later.

A block tester, also referred to as a combustion leak tester, is a tool that holds blue-colored fluid and allows you to draw vapors off of the cooling system and through the fluid.  Any presence of combustion gasses will cause the fluid to change color.

Sometimes the symptoms are obvious enough for you to suspect a bad head gasket right away and in these cases a block tester is a great way to confirm your diagnosis. The fluid will almost immediately change to a bright yellow.

The biggest advantage to using a block tester is that even the absolute slightest presence of combustion gasses will cause the fluid to change color, indicating a problem. Comparing the fluid in the tool side-by-side to the unused fluid in the bottle is the best way to tell.

After using a block tester for the first time, it became one of the most common diagnostic tools I used. I have never misdiagnosed a cooling system since, and I’ve even used it on vehicles that didn’t come in for a cooling system problem, but had a few tell-tale signs of one on its way.

It goes a long way with your customers to make the correct diagnosis the first time, and even more so to be able to forewarn them of upcoming repairs, or to simply let them know that you’ve done this as part of an inspection and everything is A-OK.

If you don’t have one of these, I urge you to get one. You won’t regret it, but be prepared, your co-workers will be quick to borrow when they see how it works.

From the Magazine: The Top Drawer: The Old Man & The Minivan

From the Magazine: TPMS Quick Tip: The Scoop On The Goop

From the Magazine: On The Road: The Trade Show Experience

From the Magazine: The Top Drawer: Reading the Unexpected

Rotary or Reciprocating Air Compressors? You Make The Call
Connect with us

News: Rev Up Positive Reviews with FourthGear from BOLT ON TECHNOLOGY 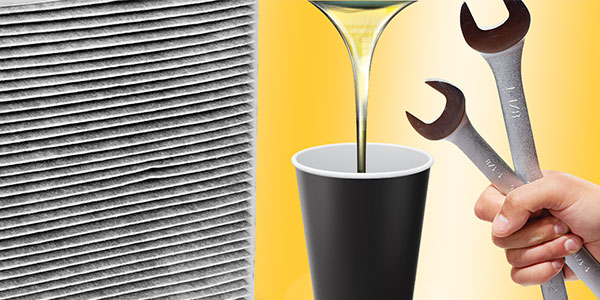