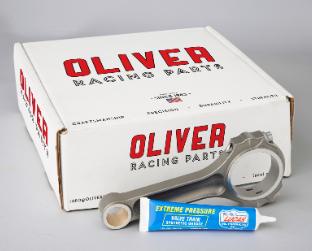 “Our testing showed Lucas Oil Extreme Pressure Grease delivered more consistent torque specs than other lubricants,” said Joseph A. Moch, president and CEO of Oliver Racing Parts, which is celebrating its 30th anniversary in 2013. “Dependable results are critical to engine builders who are striving to reach the highest levels of engine performance.”

“For years Lucas Oil has been making terrific oils and greases for race teams, and now a lot of equipment manufacturers are realizing what the racers have known for a long time, that our products are the best on the market,” said Forrest Lucas, founder of Lucas Oil Products, Inc. “We’re very happy to have Oliver Racing Parts supplying our Lucas Oil Extreme Pressure Synthetic Grease, a powerful lubricant that will perform perfectly with their I-Beam Connecting Rods.”

Oliver’s I-beam connecting rods, manufactured in the United States from American mill-certified aircraft-quality steel, feature their exclusive “Parabolic Beam” design that delivers the highest strength-to-weight ratio of any connecting rod in the industry.

From the Magazine: Shop Profile: Midas of Central Virginia

From the Magazine: Antimicrobial Product Arsenal for Your Shop

From the Magazine: TPMS Quick Tip: Diagnostic and Replacement Tips

The Top Drawer: Open Doors for an Auto Technician

Be Your Own Cable Guy
Connect with us 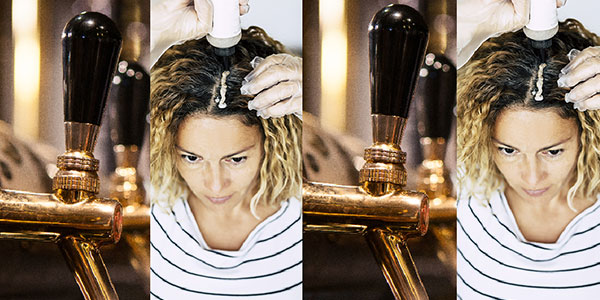 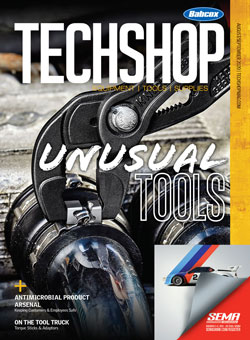 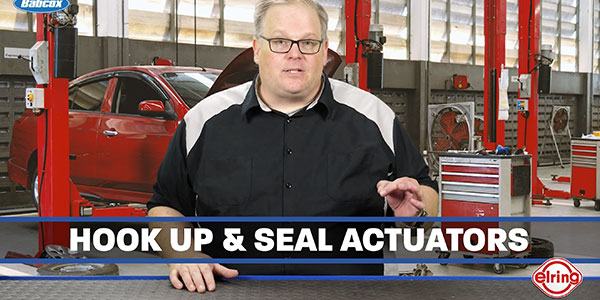